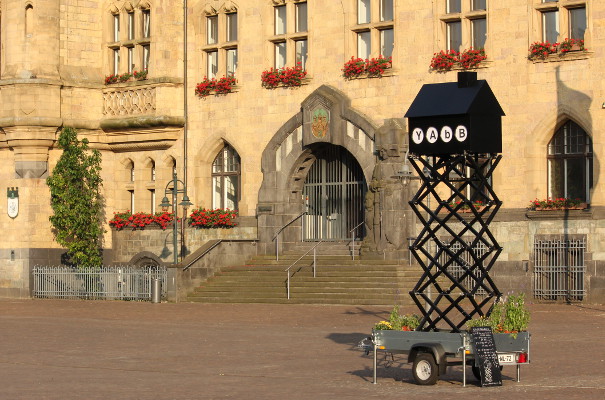 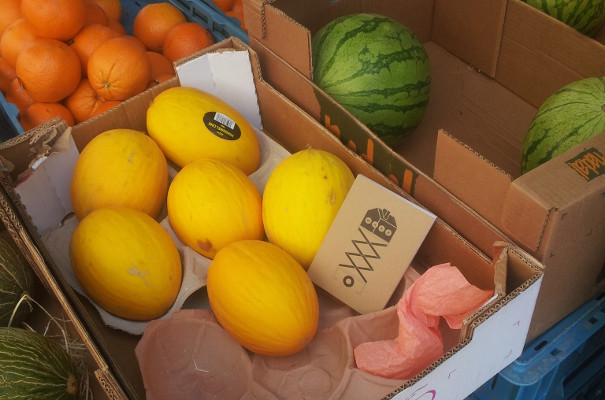 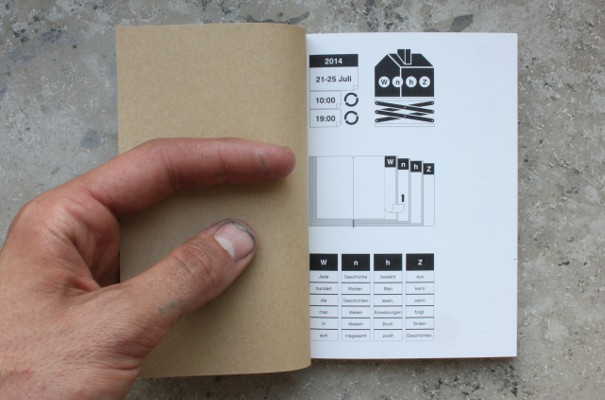 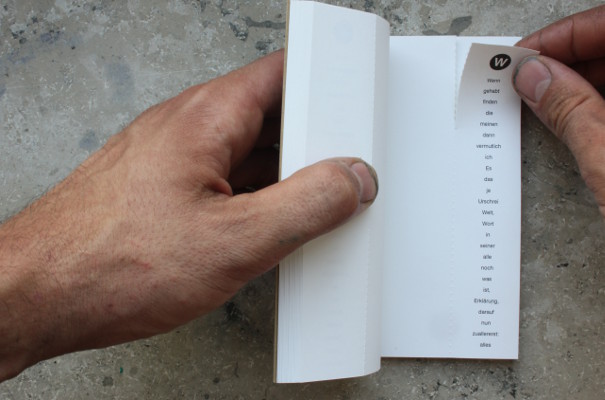 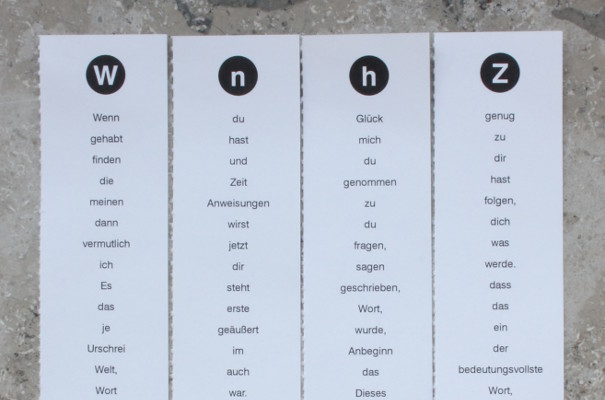 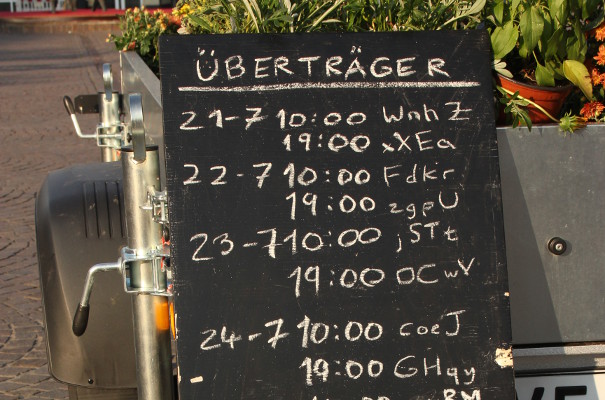 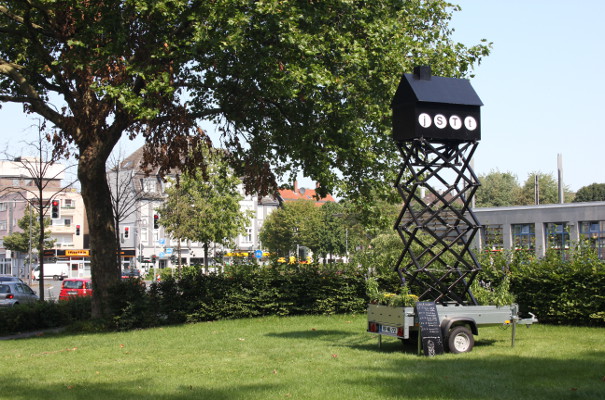 The Überträger reveals, over a period of time, a site-specific story in a manner both public and exclusive. A Transmitting station – an extending tower placed in several successive prominent locations in the centre of the city of Recklinghausen – reveals a series of codes at regular intervals. These codes themselves are meaningless until decoded using the secret Code book. This book is printed and distributed unannounced. No one knows who can and cannot decode the story. Possession of the hidden key, and thus of privileged information, is restricted – but not by any rational system. Access is non-hierarchical, but by no means democratic.

The existence and coherence of any group is determined by the ability of its members to communicate with and understand each other. The subtleties inherent in the manner in which they do so serve to reinforce this coherence by confirming the shared, secret knowledge possessed by them and them alone. Outsiders are at the same time implicitly excluded as a result of their inability to mimic the codes and conventions of the group, rituals which require the possession of this secret knowledge.

Such codes can take the form of dialects, jargon, sociolects such as the Bergmanssprache spoken by mineworkers in the Ruhrgebiet (and elsewhere in Germany) or indeed visual signs, additions and omissions found in clothing, body language or patterns of behaviour. The exact medium is irrelevant. It is the peculiarity of the signal transmitted, and the symbolic meaning thereof, which is important. This signal is defined by its specificity to the group and its strangeness or incomprehensibility to all others.

It can therefore be argued that the existence of secret codes is a prerequisite for the existence of a multipolar, heterogenous society. Variety requires opaqueness. Or conversely, complete transparency would result in a dull, homogenous soup.

What does it therefore mean to restrict access, through the use of secret codes, to knowledge? Can we be both a free society and a diverse one? Does social coherence and harmony between groups require that we do not know all that goes on? Does it sometimes help to turn a blind eye, to close the curtains or to ignore the screams from downstairs?

Knowledge is, as we know, power; this power is exercised through revealing and sharing it, but also through hiding and denying access to it. Whoever holds the codes, the keys to the garden of enlightenment, is at a great advantage. On the other hand, those who remain ignorant, or who choose to provide their own interpretation, are freed from a certain burden of responsibility and convention.

Produced as part of Archipel in√est with the support of Urbane Künste Ruhr. Special thanks to Andrés Novo, Vincent Hessling and KUNSTrePUBLIK.