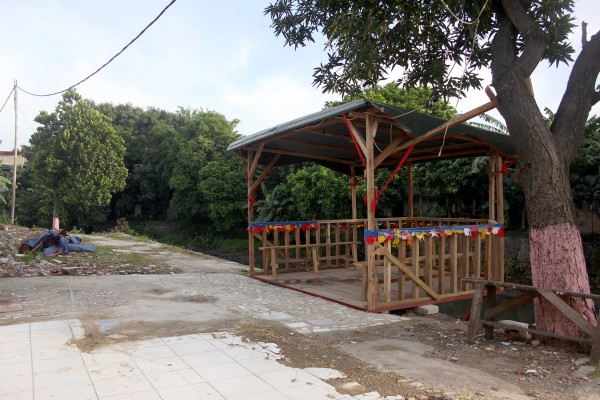 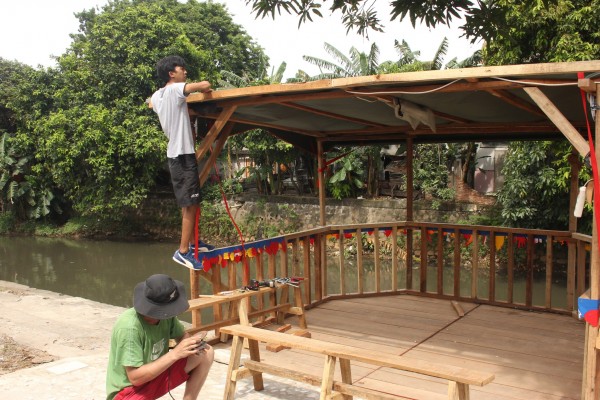 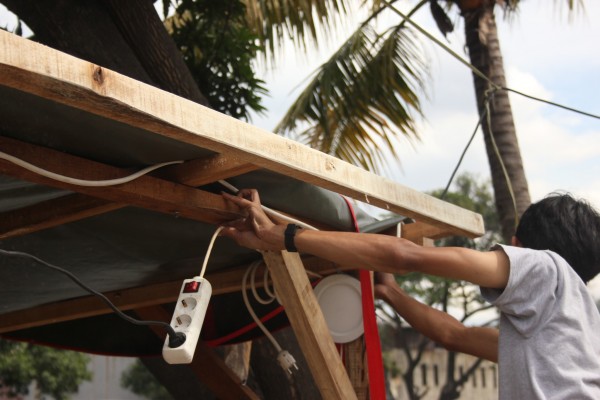 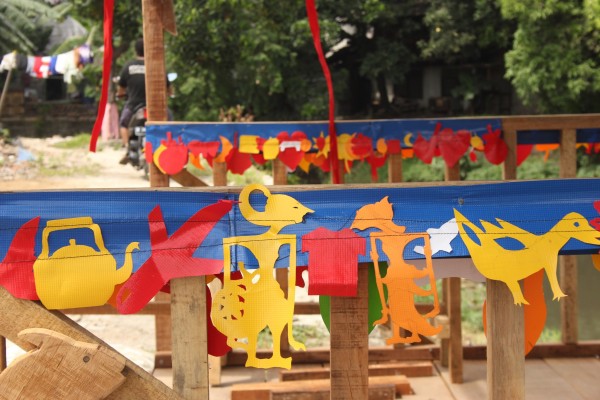 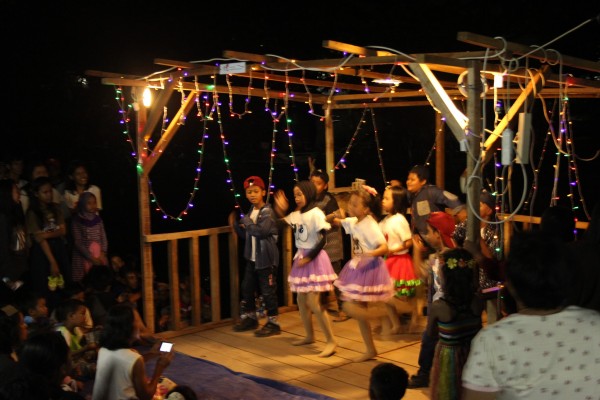 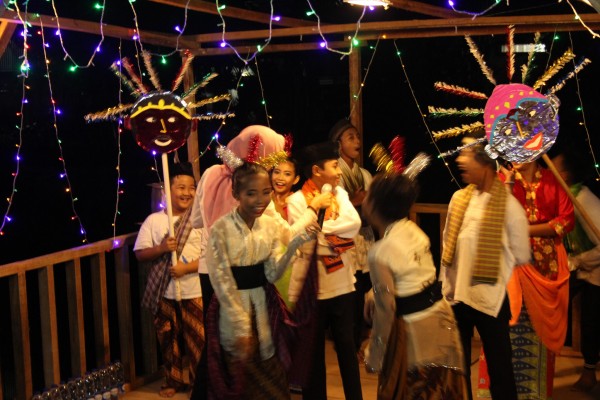 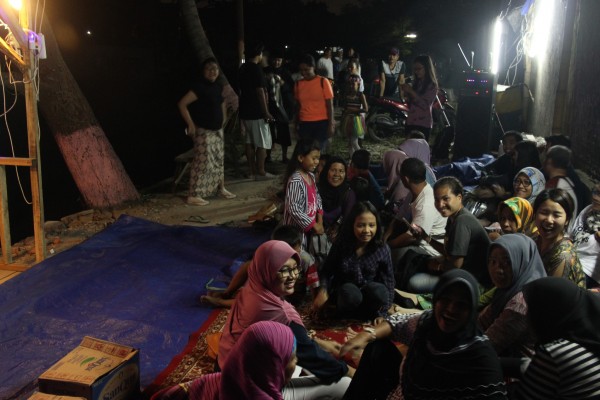 Initiated and curated by Christiane Dörken in collaboration with Irwan Ahmett, Tita Salina, Komunitas Anak Kali Ciliwung and many more.

Three weeks of intense collaboration between the artists David Rauer, Markus Lohmann and myself and the communities of Tongkol, Lodan and Kerapu kampungs in north Jakarta (collectively Komunitas Anak Kali Ciliwung) resulted in the construction of this stage above the Ciliwung river. The housing in the area next to the stage had been demolished by the city authorities several years ago due to laws prohibiting construction close to the river bank. By building a temporary, movable structure that did not occupy the land but instead extended it, we sought to reactivate a empty and desolate area of land between these three vibrant communities.

This new public facility came about following a lively exchange of opinions and ideas about the concept, function and technical construction of the stage with the local community. Local people were also involved extensively with all aspects of construction, from designing and ordering steelwork to pouring concrete, woodwork, laying ceramic tiles and decorating the stage.

During these three weeks we lived among the people of the Ciliwung river communities: we slept under the same roofs, ate with them, talked and got to know one another’s lives, plans, opinions, skills, tastes and concerns. This intensive contact on the basis of respect and equality led to a collaboration that reflects both the desires of those communities and our own interests and experience. This methodology was specifically designed as an answer to the “helicopter approach” so often seen in art projects, residencies and biennales in faraway places (artist comes, makes work that has little connection to its locality, leaves again).

The Rujak Center for Urban Studies invited us to work in these communities because of their enterprising attitude and determination to make the best of their precarious position through self-initiated improvement and strategic engagement with the global media, universities and other change agents.

With many thanks to the Institut für Auslandsbeziehungen, Hamburg ministry of culture, Rujak Center for Urban Studies and the many people who contributed generously to our crowdfunding campaign at startnext.com.